I have been fortunate enough to do some work for the Rhodes University Alumni and Development Division through working closely with Kerry Peter (Kerry Peter Word Weaver). Together we have created an updated, modern look across the stable of publications produced for this division.

RHODOS MAGAZINE
Rhodos is an annual print publication for Rhodes University which I had the privilege of working on for the first time this year. I worked closely with Kerry Peter of Kerry Peter Word Weaver who has been the editor for the last 6 issues. I am hoping to be able to work on a few more in the next couple of years as well. Click here to view the online version of Rhodos 2014 or click here to see a few spreads of the Rhodos in print.

RHODOS LIBRARY BROCHURE
We created a booklet to showcase the newly opened Rhodes University Library; this was to send out to donors to show them what their funding was being spent on as well as to make students more aware of the cool new library facilities. Click on the image to view a few spreads of this booklet. 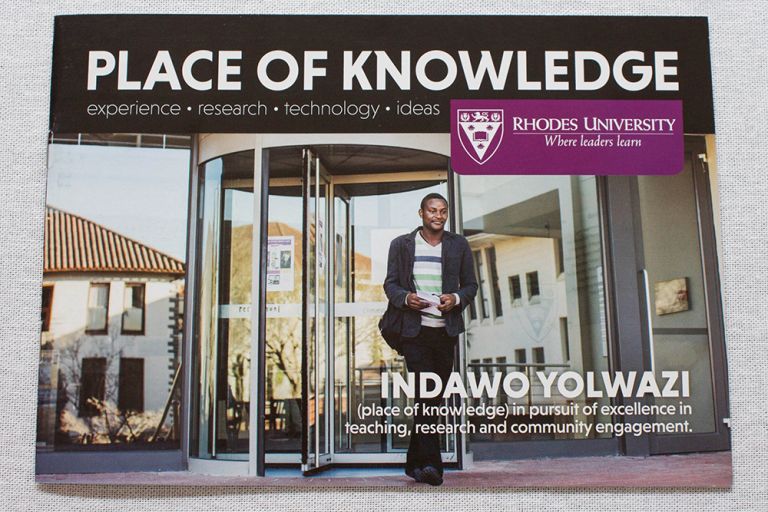 RHODOS EDUCATION BROCHURE
We were approached by the Education Department of the University, having seen the work we had been doing for the other divisions, to create an education brochure which the Education Department could use to showcase their needs to potential funders and donors, their achievements, their community engagement and training. Click on the image to view some spreads from the brochure. 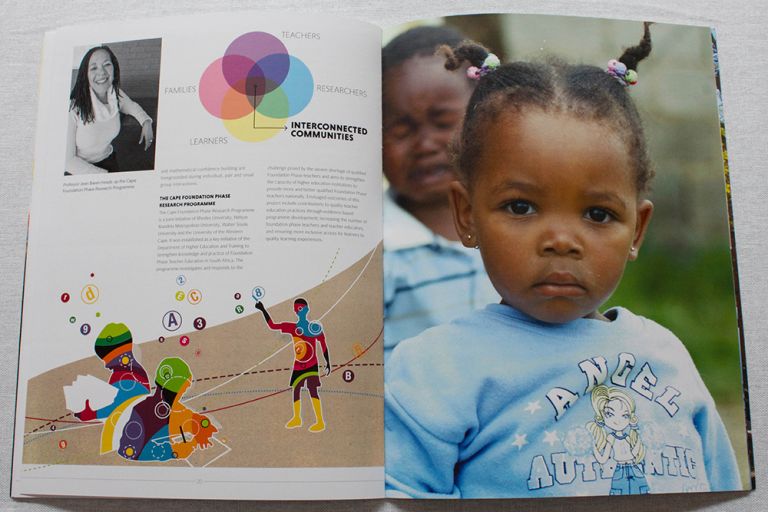 RHODOS UNIVERSITY NEWSLETTERS
We publish a monthly newsletter for the Alumni & Development department called Rhodes Exchange which goes out to all Rhodes Alumni; it highlights the achievements and breakthrough work of members of staff as well as fellow Alumni. It has been received very well by the Rhodes community and generates good feedback which ultimately helps with funding.